We're home now but I'm still processing all my impressions of our fascinating trip to Northern Scotland and Orkney. Alongside this comes the current rainbow-and-beyond demand for images featuring brown. The two things seemed to go well together as so many of the colours on Orkney are muted and subdued and so often feature shades of brown, be it the pale, bleached brown of driftwood or fence posts, the purple-brown of heather and peat moorland or the myriad of browns in the rocks.

I offer a selection of my favourite (appropriately coloured) photos.

The first was taken on South Ronaldsay, looking towards the Scottish mainland. In my choice, I was attracted by the rust-coloured tinges to the vegetation and the soft grey-brown of the fence posts ... and, if I'm honest, by the fact that the sun was shining so gloriously and the fact that we were just about to enjoy the most wonderful fish lunch in the Skerries Bistro at Burwick. (What a lunch that was, and what a view!) 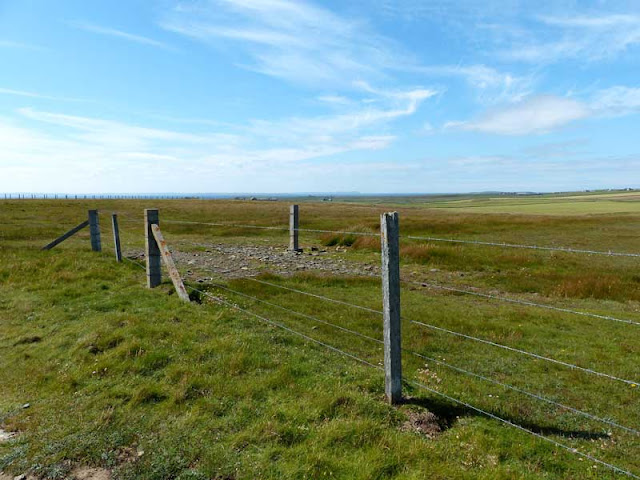 This next photo was in stark contrast with its sombre greeny browns and was taken on a grey evening looking across the moorland towards Hoy. 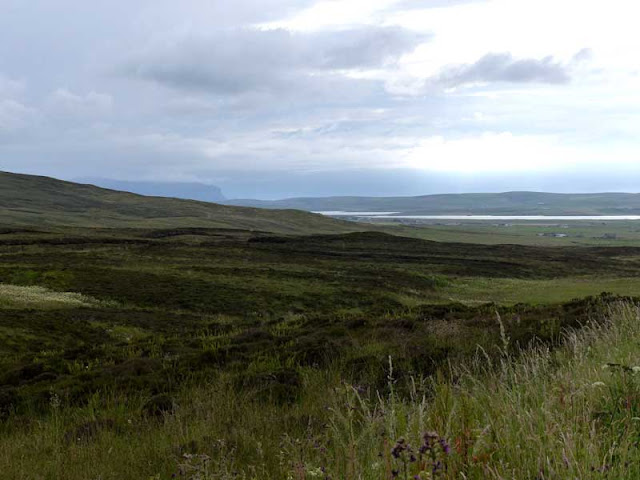 With so many views of the coastline, it was not difficult to find brown and tan seaweed washed up on a rocky beach ... 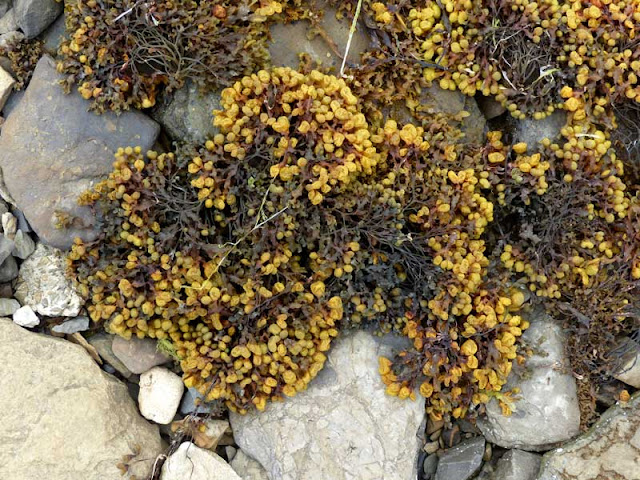 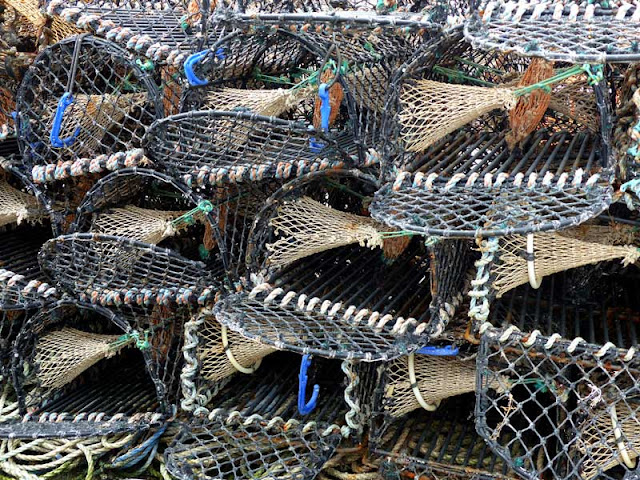 ... and a beautiful wooden hulled boat undergoing a refit, both in the harbour in Kirkwall. 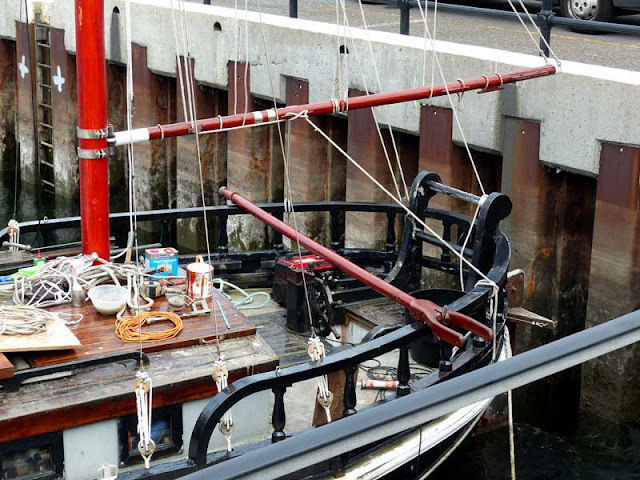 Last of all comes a photo taken in a small rural museum, Kirbuster Farm, replete with almost every brown you can imagine. 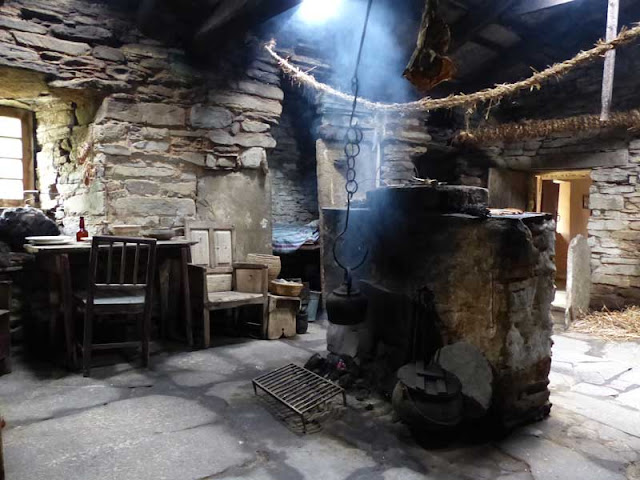 This house is the last un-restored example of a traditional 'firehoose' still in existence in Northern Europe. It is a unique survival.There were hundreds if not thousands of similar houses all over Orkney and Northern Scotland and this house represents the type of housing that was still being experienced by those who were by no means the poorest members of society in the mid 19th century. The house has a central hearth with no chimney and a stone neuk bed. Smoke escapes through a large square hole in the roof. The family owned some simple wooden furniture and a selection of cooking pots but life was undeniably incredibly hard.

Now as it is a museum, a peat fire is kept burning when the house is open to the public to heighten the realism and the main room was full of peat smoke when we visited. The smell lingered throughout the house. It was a cool grey day in summer and, despite the fire, the house was chilly. I can only begin to imagine what life would have been like in a house like that in the dark and raw cold of a northern winter. To think that this house was occupied (amazingly) until the 1960s when I was in my teens was horrifying and most thought-provoking for a cosseted English southerner who feels the cold and maybe has no idea what real hard work is like.

Posted by Charlton Stitcher at 19:13