Colour and a Battle of Wills

At times when I've felt like a break from investigating the power and impact of black and white, I've intermittently been playing with and then stitching an image that evolved when I was doing the online Pixeladies' Photoshop Elements 3 course last year. 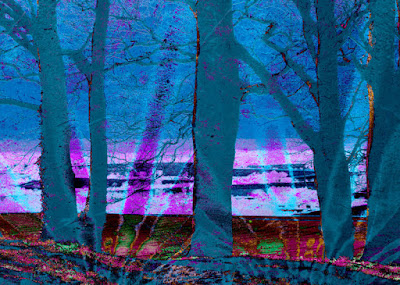 The orginal photographs that fed into this image were taken looking out from a copse on the Ridgeway path at Hickpen Hill south of Swindon in Wiltshire not far from where we live. The views from this spot across to the Cotswolds are magnificent. It is a favourite viewpoint of ours and I have taken photographs at all seasons of the year. These I took as we walked along the Ridgeway towards Barbury Castle on a cold, crisp spring day before the leaves were out and long shadows were cast through the trees.

The image has been much manipulated (it was a complex task) and I gained much pleasure from the exercise. However, a significant problem arose when I tried to print it out ready for stitching several months ago. I was caught in a battle of wills between my PC and Photoshop Elements on the one hand and my Epson printer on the other. After much adjusting of the colour using levels and hue adjustments, I achieved something that I felt was as close as I was likely to manage to the original. I have no unstitched photograph of this image but now I look at the stitched version several months later, I can see much subtlety was lost. 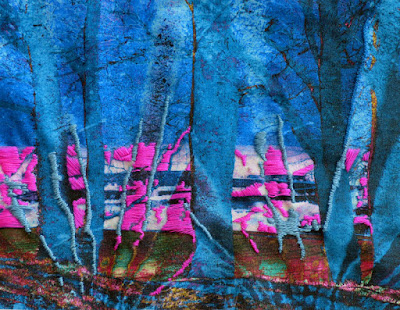 I can also see that the colour I chose to stitch with was quite a distance from the original - another battle lost - and lost for two reasons. I hadn't looked at the original for so long I'd forgotten the colour and because I had a delicious reel of magenta silk thread that I couldn't wait to use.

So, I have several things to take from this experiment; one: to remember to check that the printer is set so that colour management is controled by Photoshop (on Adobe RGB) not the printer - a trick I've only recently learnt after researching on the internet; two: If I want to reproduce an image faithfully, I need to look at it carefully when choosing colours; three: Have I really gained anything by stitching this image in this way when my stitch is inevitably less subtle than the original?

These two little croppings from the image above may answer that last question for me.

They negate the problem of expecting to reproduce colours faithfully as they seem to have taken on a life of their own (especially the first). When I look at them now, I don't have such regret at the use of that brilliant magenta or disappearance of the original image. In fact, when I look at them, I seem to ignore the original altogether - perhaps a lesson in the value of abstraction?

And the good thing is that, because it's my own, I still have the original undamaged image to use in a different way if I wish, so nothing was lost by this experiment.

The final posting of GWE sinchies before our exhibition opens on Saturday morning, this time featuring particularly five pieces in purple and turquoise (perhaps my favourite colourway giving great contrast)  ...


I hope that I have now posted at least one sinchie from each member who participated and examples of each of the colourways selected at random.

I also very much hope that anyone able to come to our exhibition in Malmesbury will enjoy what they see.

Posted by Charlton Stitcher at 10:36 2 comments:

In another selection from the sinchie challenge mentioned in my last post, this time I've included small landscapes. There is also a little piece in blue and a gentle hint of orange which seemed to stretch the colour limitations in a most pleasing and satisfying way. There is even one sinchie that you might just recognise (now completed) ... and that stretches the 6" by 6" brief ... ah well. I always do find it hard to contain myself!

I will be hanging the exhibition on Friday 23 March with friend and fellow-member, Ruth Hayman, together with the very necessary technical help of our husbands.

In addition to five panels of these sinchies, the exhibition will include almost 50 pieces of varied and interesting work under the title Found on the Doorstep. As is always the case with our group, the theme has been interpreted in a wide range of ways, from the literal and representational through to the abstract and allusive.

The exhibition is open from Saturday 24 March until Thursday 12 April. For any local readers hoping to attend, I have now been assured that it will be open on all three Saturdays and on Good Friday (30 March) and Bank Holiday Monday (2 April) between 10 am and 4 pm. However, it is possible times of opening may vary and it would be wise to phone ahead to check if you are coming from a distance. Malmesbury Town Hall telephone number is 01666 822143.

Posted by Charlton Stitcher at 13:56 No comments:

Great Western Embroiderers, the group with whom I stitch regularly, always has a members' challenge for exhibitions. This time (see poster in the side panel), the focus has been on sinchies. These are small experimental pieces of embroidery, just six inches square, hence their name. They are stitched pairing just two randomly selected colours each time, using any fabric and any thread and completed in any style chosen by the maker.

The colour pairings were drawn every two months throughout the past year and some unusual colour combinations resulted: pink and green; blue and orange; yellow and brown; purple and turquoise; black and white; grey and red. Colours can be loosely interpreted and it's always interesting to see which colours members choose to have predominating - and what effect that can have on the finished piece.

They are an excellent opportunity for trying out new stitches, colour pairings, media and ways of working and almost all the members took up the challenge, producing many and various interpretations of the form from the traditional and structured to the abstract and improvised. In this post, I've chosen to feature sinchies focusing on shape, pattern and abstraction in yellow and brown or blue and orange.

On a personal note, such small circumscribed pieces are unusual for me and, I have to admit, I did very few this time. I didn't want to experiment just now with new stitches, colours or styles of work as I felt it could distract me from where I wanted to be.

However, the challenge is continuing after this exhibition in a slightly different format and I intend to pursue the idea at a later date. It could be a useful approach when I need to develop ideas or a new approach.

Posted by Charlton Stitcher at 17:44 4 comments:

I'm involved now in a circle of a slightly different kind, this time involving stitch and photographs of shapes taken from this black and white version of the same building. 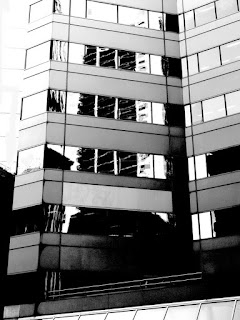 Sections of the building were cropped, enlarged, flipped and manipulated to give several small images, including ...

These were joined to give movement, perspective and contrast, then printed onto fabric and hand stitched ... 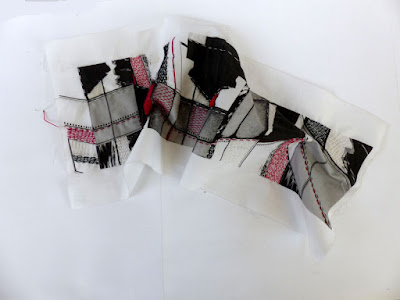 And finally small sections of the piece were rephotographed, recropped and reprinted several times. this time onto photographic paper as in the two examples here ...


A final stage in the circle to give flat, simplified images mounted on cartridge paper and framed and with further minimal stitching is still work in progress ...

Posted by Charlton Stitcher at 17:37 8 comments:

In the (for southern England) very unusual weather of the last few days which gave daytime maximum temperatures of - 2* C or lower and many inches of windblown snow, we have had a significant increase in the numbers of birds visiting our garden in search of food. We thought it would be interesting to make a list of all the species we've seen on the bird feeders outside our kitchen window since the beginning of the week when the cold weather began.

So far we've counted a total of 22 different species which includes many we commonly see but in much larger numbers and several that we don't usually see at all. This latter group includes; 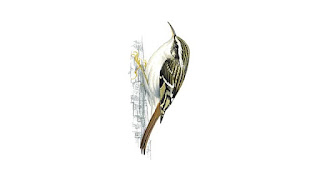 The tiny tree creeper (Certhia familiaris), weighing around 10 g, which climbed the trunk of our indian bean tree in search of spiders and insects 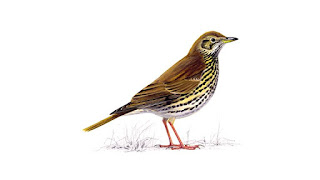 The song thrush (Turdus philomelos), sadly depleted in numbers in the UK (an * IUCN Red list bird) and now only rarely seen in our garden 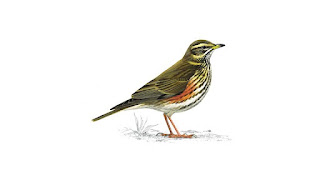 The redwing (Turdus iliacus), a winter visitor which crosses the North Sea from Northern Europe in the autumn and the UK's smallest thrush 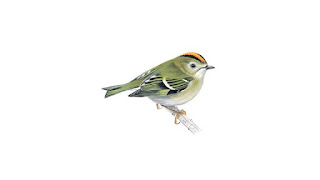 And last of all the gold crest (Regulus regulus), the UK's smallest bird weighing in at a mere 6 g, and surprisingly common across the country, but usually favouring coniferous woodlands and parks rather than gardens

I'm pleased to be able to report that the male bullfinch, sad victim of the last post, has been replaced by two new males and that the females continue to visit so we are still able to enjoy their vibrant colours.

After much research, I also seem to have found a way to update the sidebar on this blog. Following an internet tip, I've discovered that the full set up is available in Layout on Internet Explorer (but not in Google) and I've been able to add the poster for Great Western Embroiderers' latest exhibition (currently in triplicate but I'm hoping to rectify that!) Now, why there is this preference for Internet Explorer I have no idea. If there's anyone reading this blog who does know, I'd be most interested to hear!