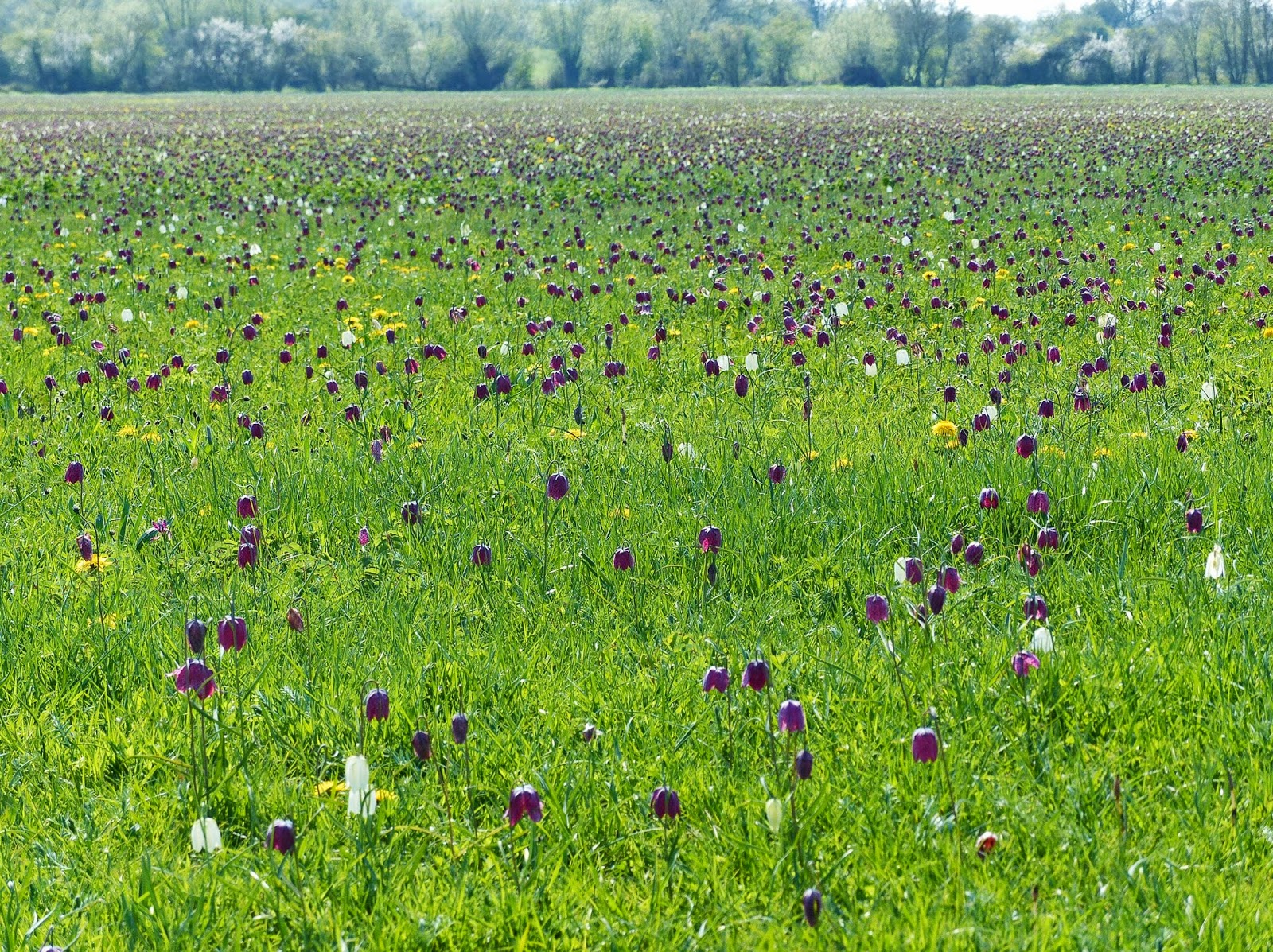 I've posted several times before (for instance here) about Cricklade North Meadow in Wiltshire, near where we live. We visit the site regularly and it is always a pleasure. We visited again last Saturday afternoon in warm spring sunshine. 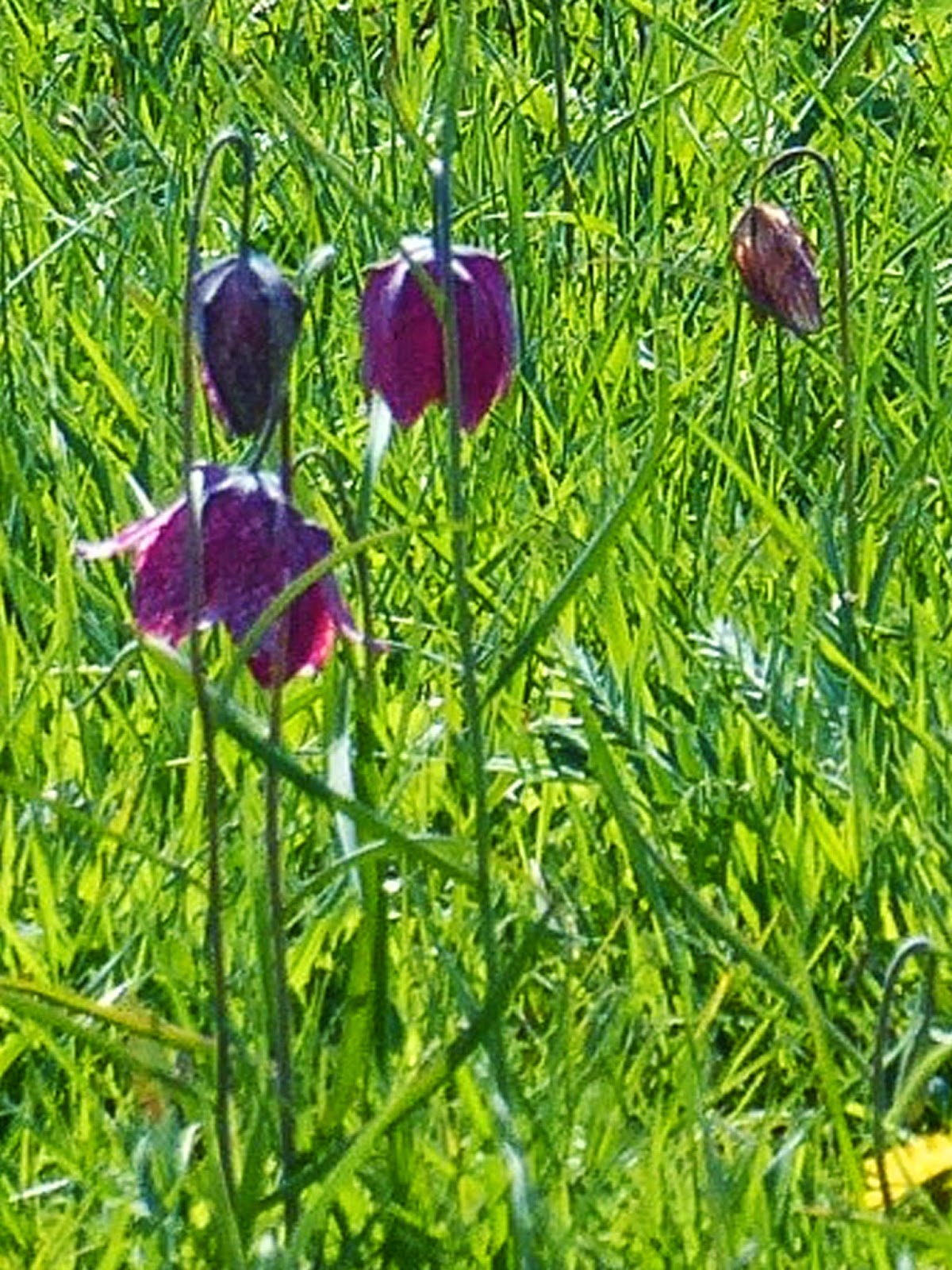 The site, over 100 acres (24.6 hectares) of traditionally maintained hay meadow, is a National Nature Reserve and a Site of Special Scientific Interest. In all, Cricklade North Meadow is home to more than 250 different species which flower throughout the spring and summer. Many of these are very rare.

The meadow is perhaps best known for its wonderful (and certainly rare) display of snakes head fritillaries that bloom in most years from mid to late April. The fritillary, along with many other uncommon species, flourishes in the protected and incomparably special habitat with its seasonal flooding of the upper Thames. Indeed, the Meadow has 80% of the Fritillary meleagris in the UK. 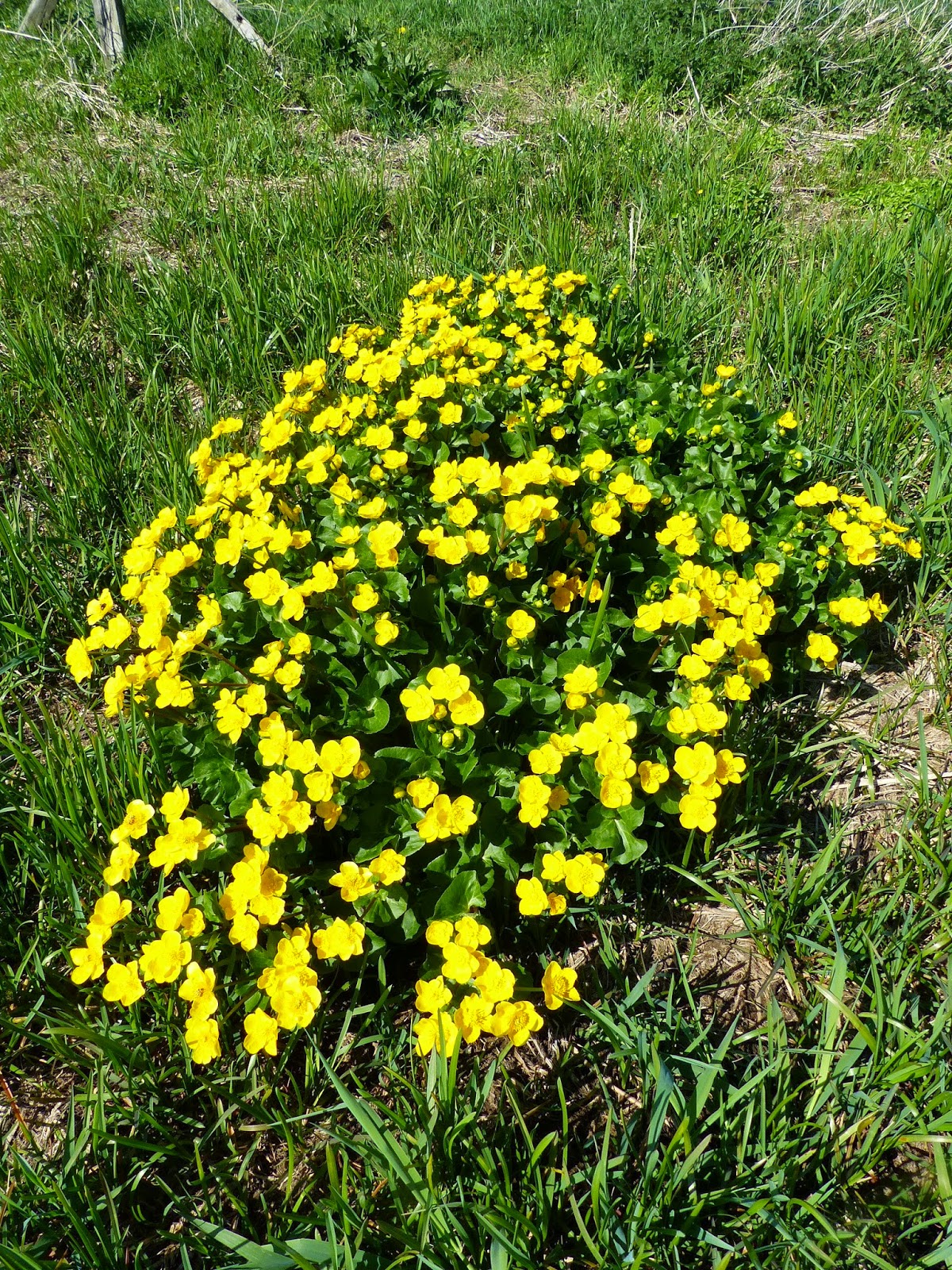 This year, following two years of dramatic and almost overwhelming flooding, the fritillaries have been particularly spectacular. It is estimated that, in a good year, around 500.000 blooms carpet the meadow with a gentle purple glaze. This I can well believe. On this lovely spring afternoon, the Meadow was full of blooms and was looking truly beautiful.

There were also many more common species in full flower. These included the bright yellow king cup or marsh marigold. As its common names suggests, it is a marsh-loving member of the same family of plants as the buttercup (ranunculaceae). For me, it is a reminder of happy childhood spring holidays with my grandmother in Hampshire.

Then there was the lady's smock or cuckoo flower, so called because its flowering coincides with the arrival of the first cuckoo of spring, and there were many thousands of bright yellow dandelions which intermingled with the fritillaries.

As we walked, we heard sky larks. willow warblers and chiff-chaffs and saw a peacock butterfly sunning itself on vegetation - hints of the fauna also flourishing in the Meadow. 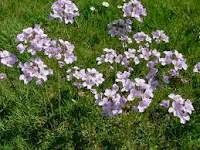 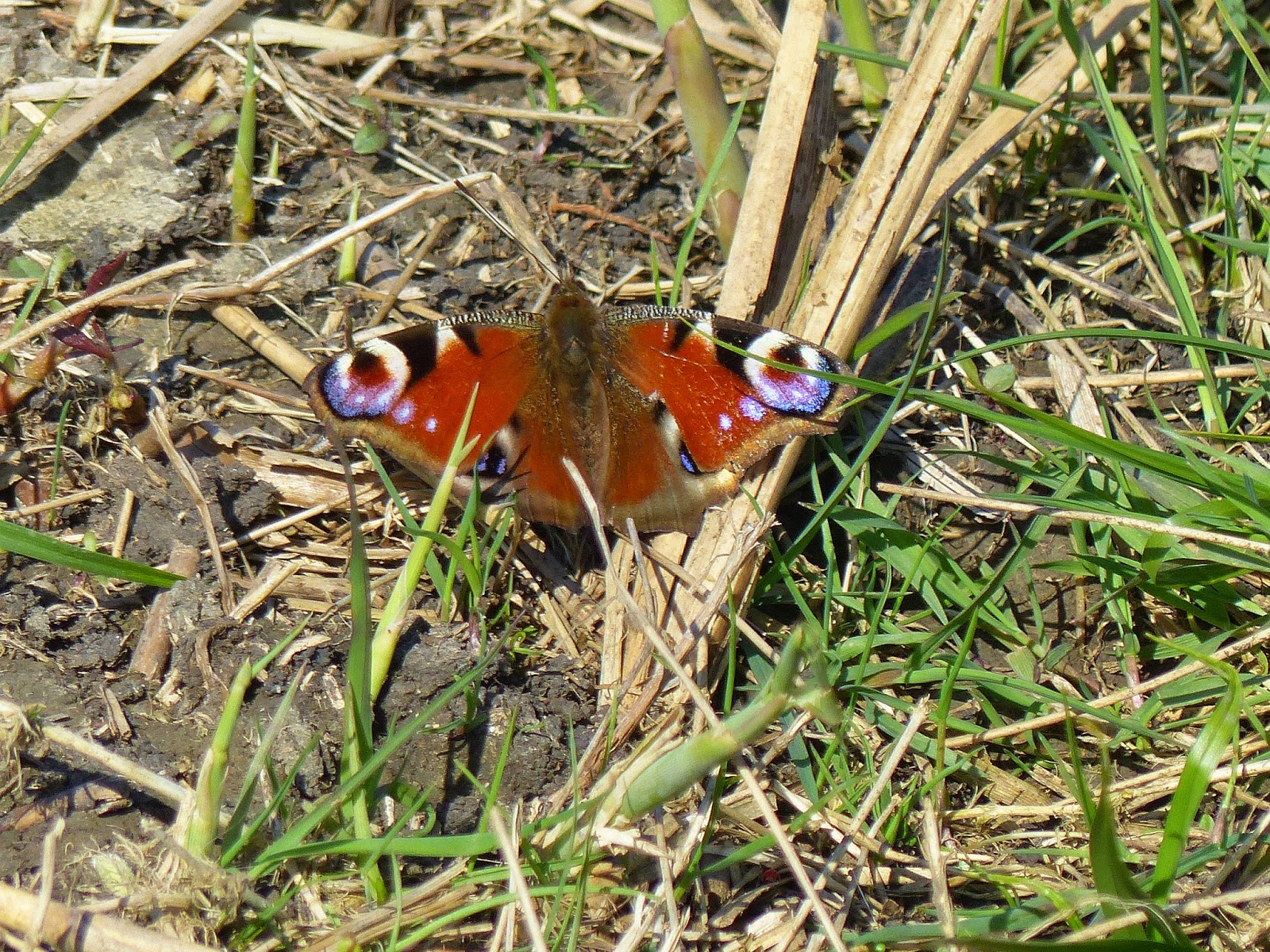 Last Saturday afternoon, there were lots of other visitors enjoying these delights. Most of us on this occasion, I suspect, were drawn by the fritillaries - but also, perhaps, by the special Fritillary Tearoom that opens at weekends in April and which promises excellent home made cakes and a good cup of tea after a walk in the meadow.

Maintenance of these disappearing hay meadows is becoming critical. It is estimated that we have lost around 97% of our traditionally maintained meadows to drainage, fertilisers and the plough. With this loss has come the endangering of the many wild flowers that used to flourish in them. Long may the Meadow continue. We feel privileged to live so close and to be able to visit so regularly.

Further information about Cricklade North Meadow can be found here on the official website.

Posted by Charlton Stitcher at 14:10